Although he roughly looks around 18

Jason is one of the main protagonist in the series My Friends are Killers, he is known to be a rather fun and exciting character in the story. He is the older sibling of Skylar and it a comrade with the other people in the group.

Jason makes his debut as the first character to occur in the series.

Jason wears a very dark grey hoodie along with black finger less gloves, a dark turquoise undershirt, black jeans and a bandage that wraps around his left thigh.

Jason is a really lovable character, stuck in between four murderous girls whom frequently want to kill each other and him, Jason struggles to keep things low key. Jason is a sarcastic, funny and relatable character and focuses as the main prospective in the first chapter.

-Jason has an obsession with a Sponge called James and fully intends to marry.

-As Jason is living with four girls he has taken no interest in either of them throughout the course of the story, as one is his sister. Rather taking a liking to a sponge instead.

-Jason has a cat called Charlie who he usually fights over James the sponge with.

-Jason will be known to watch "My Little Pony".

-Jason's weaponry consists of a Machete.

-Jason and Dylan are a running gag within the story as a humorous ship which is hinted at but has not been proven by Heidi if they are cannon. 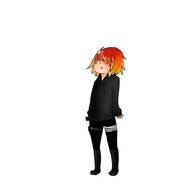 Add a photo to this gallery
Retrieved from "https://myfriendsarekillers.fandom.com/wiki/Jason?oldid=286"
Community content is available under CC-BY-SA unless otherwise noted.