Hewie (Rose) is one of the main protagonists in the My Friends are Killers story [Friends are Killers]. She is known to be a rather excitable and lovable character who rarely goes outside. Despite her quiet and happy exterior she is found to be just the same as the cold blooded killers in the group in chapter eleven. She makes her first appearance in chapter one when speaking to Jason through his phone.

Hewie is a teenage girl who wears an over sized red hoodie with thigh high black socks and A white mask. She is also infamously known for not wearing pants (Due to the fact she's at home almost all the time).

She has reddish auburn wavy hair which goes down past her shoulder blades. She has a pale complexion with freckles around her nose and cheeks. She has mismatched eyes right eye red and left eye blue.

Hewie acts cold around strangers but is nice and warm with friends. She can be sadistic and acts intoxicated when tired after a night of planning and gaming. Although she is very protective of her friends and watches over them attentively during missions.

Scarlet: Hewie sort of has a older sister and extreme younger sister form of relationship with Scarlet in a funny way, although the two of them are the best of friends.

Skylar: Skylar and Hewie get along very well and they are frequently known to converse happily, they could be considered best friends.

Jason: Hewie sympathises with Jason and is very friendly with him.

Skar: Skar is Hewie’s half brother, they have been together and been through so much together from the early years of their lives.

Sizzlar: Sizzlar is Hewie’s half brother, they have been together and been through so much together from the early years of their lives.

Meek:  Meek is Hewie’s half sister, they have been together and been through so much together from the early years of their lives. Hewie cares for all her family members deeply and equally although if she was ever closer to one sibling it would be Meek

Dylan: Hewie thinks of Dylan as an annoyance, although he is a useful annoyance and an old friend.

-Hewie is the founder of "The Group", her reason of this was to protect her friends as though they were her family.

-Hewie is currently the only character to presumably have heterochromia as her eyes are red and blue, it is still unknown if she does.

-Hewie owns a sniper rifle, pistol and a pocket knife. But she mainly deals with computer work and surveillance.

-Hewie’s Sniper Riffle is called Kyome but Kyo for short

-Hewie is the second youngest in the group.

-Heidi has said that Hewie is a bisexual character.

-She is a big fan of the game "Love Live!" and "My Little Pony" and will play it often when the others are out.

-Hewie loves to dance and has been caught on many occasions doing so. (link) 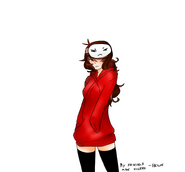 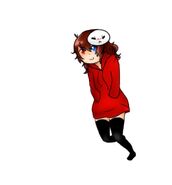 Add a photo to this gallery
Retrieved from "https://myfriendsarekillers.fandom.com/wiki/Hewie_(Rose)?oldid=321"
Community content is available under CC-BY-SA unless otherwise noted.